The most efficient solar panel in the world is hybrid, and it is manufactured in Spain 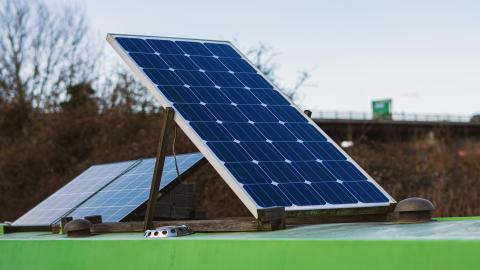 Solar panels are mainly used for two things: to get electricity, or to heat water for heating, and other uses.

In both tasks they are not 100% efficient, that is, they do not make the most of all the energy they receive. A photovoltaic panel converts approximately 20% of the radiation it receives into electricity, and 70% if it is to heat water.

This is where the Spanish company Abora Solar comes in, having developed a hybrid panel that obtains electricity and heats at the same time with an efficiency of 89%, the highest in the world. You can see it in this video:

As the CEO and founder of the company, Alejandro del Amo, explains to Business Insider, its hybrid panels transform solar irradiation into 19% electricity and 70% thermal energy. A single hybrid panel generates the same energy as 5 standard photovoltaic panels.

How do Abora Solar hybrid panels work? They use a patented technology, called aHTech, which allows electricity and heat to be produced simultaneously. 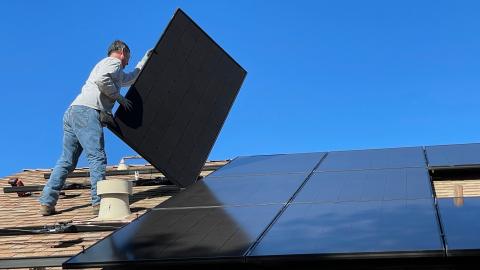 This is possible because the solar panel has a high-efficiency thermal collector at the rear, and photovoltaic solar cells at the front.

The cells convert solar energy into electricity and, at the same time, the thermal collector collects the radiation emitted by the sun and converts it into heat. Using a series of insulating layers, energy losses are reduced to a minimum, which makes the Abora hybrid panel the most efficient in the world.

According to our colleague Óscar F. Civieta in Business Insider, Abora Solar has already installed these panels in hotels, hospitals, nursing homes, sports centers, swimming pools and industries of all kinds.

He gives as an example the installation in a hotel in the Canary Islands, which cost 120,000 euros. They save 25,000 euros a year in electricity, so the panels pay for themselves in about 4 or 5 years.

At the moment they do not sell to individuals, but they plan to do so in the future. They assure that the electricity bill would be reduced by 50%.

In 2023 they will launch a new even more efficient hybrid panel. They hope to reach the figure of 50,000 hybrid solar panels installed in 2025.