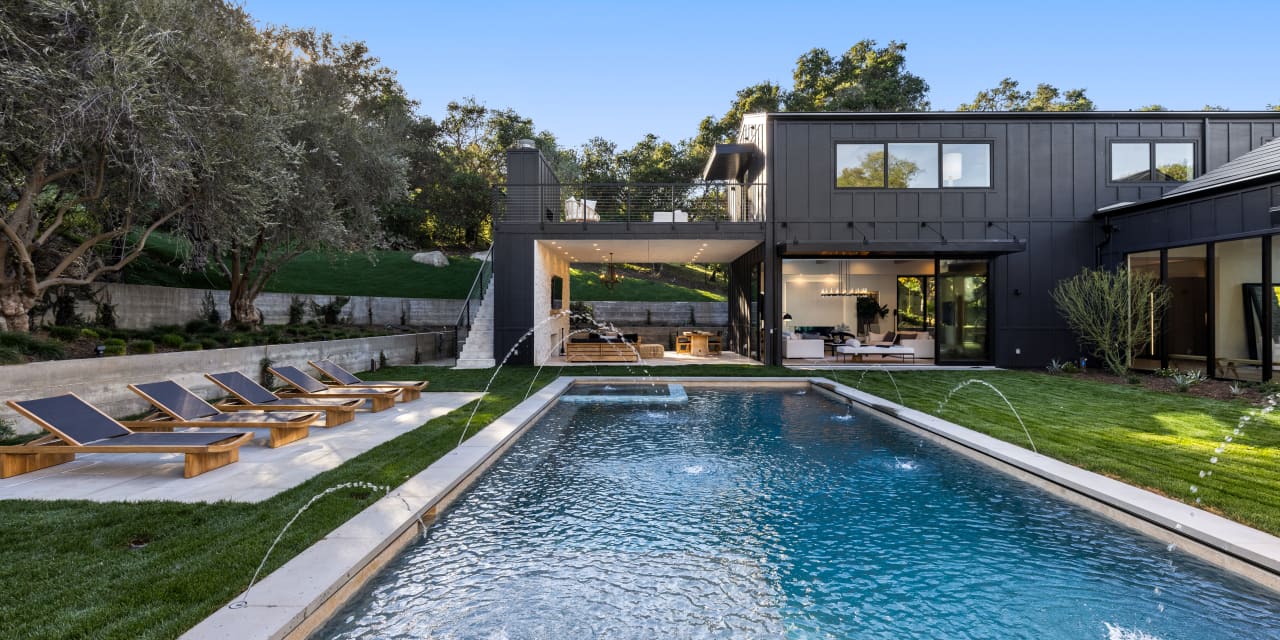 A newly constructed modern farmhouse in Santa Barbara, California, that features a Tesla solar roof to provide clean energy for the whole home, is coming onto the market Thursday for $9.95 million, Mansion Global has learned.

Completed this month, the home offers 7,200 square feet of living space with five bedrooms and six bathrooms, according to Eric Haskell of The Agency, who is handling the listing.

Sitting on about 1.5 acres of land in the exclusive Hope Ranch community, the property has access to a private beach, a golf course, tennis courts and riding facilities, Mr. Haskell said.

The home is centered around a private courtyard with a pool, which also divides the home into entertaining and living accommodation wings, Mr. Haskell said.

“The contemporary new construction has all the bells and whistles, including floor-to-ceiling windows, sliding doors, hardwood floors, five fireplaces and one of the first Tesla solar roofs in Santa Barbara,” Mr. Haskell said. “It has created a lot of excitement from people driving by.”

Additional amenities include a chef’s kitchen equipped with Miele appliances and a large stone island, a wet bar, a library, a gym above the three-car garage and a guest house with its own kitchen, Mr. Haskell said.

The sellers, who could not be immediately reached for comment, bought the land in 2018 and spent more than four years building the home with an intent to live in it, according to Mr. Haskell.

“They designed and built the home for their family, but other business is taking them somewhere else,” he said.